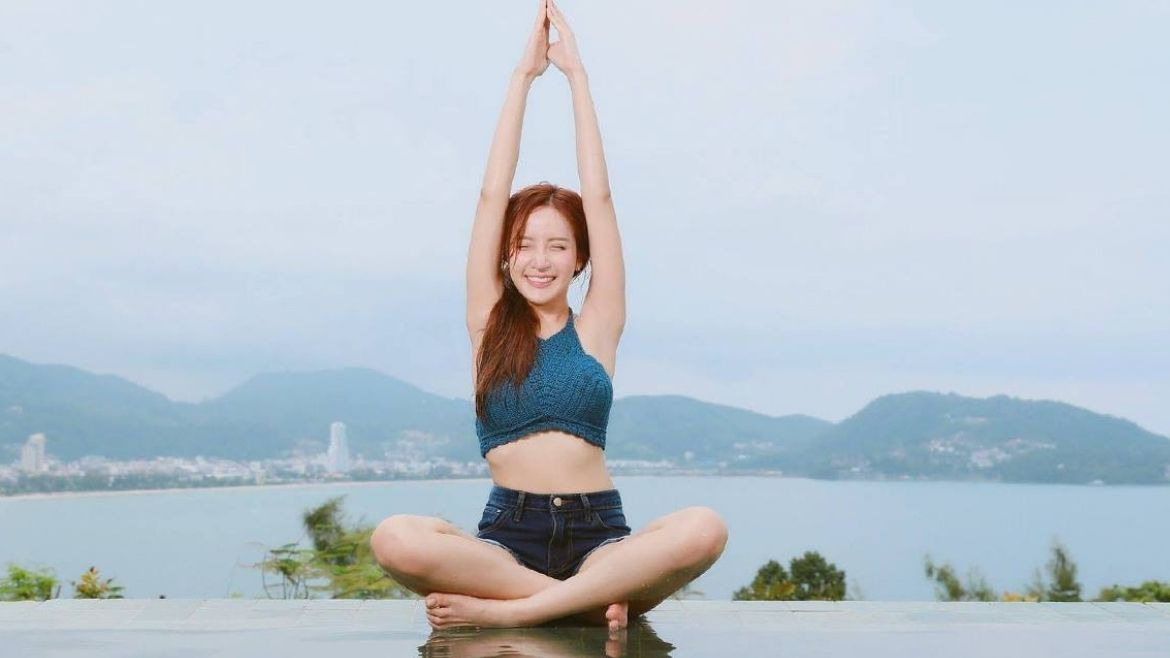 It improves the elasticity of the body, slows down the aging process of the cells, helps to overcome insomnia and keep the weight under control.

More than a weekly appointment, yoga is a discipline that changes your life and helps you live it better from every point of view.

For those who practice it for some time it will not be a surprise, and for those who do not know it could be a motivation to give it a chance: yoga helps to find the balance... even of the mind! And science now has confirmed it: practicing yoga changes the mind for the better, at least in 8 ways!

What happens to our body during a yoga session? Serotonin and dopamine levels increase significantly, while cortisol decreases. In simple terms? When serotonin and dopamine increase, you feel more relaxed, anxiety decreases and your mood improves considerably. The decrease of cortisol, on the other hand, lowers stress levels: cortisol, in fact, activates the amygdala and reduces the pre-frontal cortex, which manages self-control and discipline.

In short: asanas and slow breathing are a real antidote to stress and anxiety. If you feel more serene after a yoga session... it's because you really are!

Being more focused is one of the first benefits that come to your mind when you think about yoga. And it "so true!"

Researchers Chantal Villemure and Catherine Bushnell, in a recent study conducted for the National Center for Complementary and Alternative Medicine, have shown that by practicing yoga consistently some parts of the brain grow, literally! Involved in the process, the somatosensory cortex, which holds the mental map of our body, and the hippocampus, the section that helps fight anxiety and stress. Other parts that can develop are the superior parietal cortex, which helps concentration on specific problems, the visual cortex and the cingulate cortex, both connected to the perception of oneself.

How does this change in the brain also help the psychological side? It increases memory, improves problem solving and learning and helps to have a more conscious perception of your body. Yes, thanks to yoga you can be more focused ... but in many different ways!

3. It helps to manage "toxic" people ... and to approach positive ones.

You know at least one of them: the toxic or negative person, able to make you angry or to infuse sadness to the day. The good news is that yoga¬†also¬†helps in stressful interaction with negative people: those who practice yoga are better equipped in interaction with toxic people thanks to the breathing techniques that the body performs, often completely automatically. In addition, yoga increases the levels of oxytocin, the hormone responsible for the deep connection with other human beings, not surprisingly known as the "love hormone". Associated with the increase of serotonin, it makes you less prone to get angry with others because... deep in your yogic mind, you can also find some compassion even for those who make you lose your temper!

4. It is also stimulating for introverts.

Practicing yoga regularly brings numerous benefits even to the most introverted people. Beyond the tendency to escape from situations of high social interaction, each of us‚ even the most shy of all needs the relationship with others! Being a non-competitive practice, which focuses on breathing and concentration, yoga offers the perfect opportunity to interact with the world, to be part of a group of positive people and to train the body... in a simple way for anyone!

Many studies have shown that yoga could have anti-depressant effects and could help to overcome traumatic events in a conscious way. As anticipated, the levels of serotonin and cortisol are related to depressive moods: there are many studies that demonstrate the connection between the practice of yoga and the decrease in symptoms of depression. The causes of depression are certainly complex, as the treatments are, but identifying a type of yoga that is particularly suited to one's problem can support a pharmacological and therapeutic path. There is no "magical" sequence of asanas able to heal from depression, but yoga sessions that also include a part of meditation never cease to amaze scholars for the positive results achieved. The reason? Meditation can make us understand something about ourselves, often repressed or removed, and give us the opportunity to face it.

Why do many start to practice yoga with the idea of changing their body... and instead they end up loving more what they have and working on other aspects of their life? Because having more awareness of your body makes you distance yourself from the stereotypical images that generate insecurity in people! Numerous eating disorders are associated with the need to control (situations, body, relationships) while yoga teaches the importance of letting go. Silencing the mind and focusing on the breath and the body helps to put aside the mania of perfection and the expectations that everyone has on himself. Through yoga, people suffering from eating disorders can do physical activity without focusing on the calories to burn or on the goals to be achieved, learning to love their bodies. In addition, yoga is an inclusive practice also suitable for those suffering from obesity or some types of disability.

7. It is not competitive, but it encourages you to improve.

Every good instructor will remind you: yoga is not a competition. Everyone has this own growth and it is useless to compare themselves to the highs or try to hasten the results. How many compete for work, for attention, for more time, to be better? Even some yoga instructors promote their own course as the best of all but, as Ghandi himself mentioned, "all these conspiracies to create an elite in the yoga world are also contrary to the same yoga principles that are geared to giving the mind, body and spirit the ability to remember our uniqueness and our connection with the universal conscience ". So relax: the best version of you is not reachable with an obstacle course but through an acceptance path.

8. It helps you to know a new culture.

It is good to remember it: yoga is a set of Indian ascetic and meditative practices, it is therefore primarily intended as a means of realization and spiritual salvation. Often, its diffusion in the Occident is independent of the cultural and spiritual aspect, and people who practice it forget that it is a millenarian practice: for this reason, several teachers at the end of the lesson dedicate a moment to be grateful to the Indian teachers for having shared yoga with the rest of the world. It is a small and very important gesture, which you can perhaps incorporate into your individual session. How does all this have to do with mental well-being? Being grateful predisposes us positively towards the world, and being more aware of making millenary gestures, repeating them with humility and awareness... can only make you happy!

See you at yoga class!

Now that you know everything about the benefits of yoga on the mind...you are ready for your next (or first) lesson and perhaps incorporate wellness rituals into your daily routine!

Read also -> Meditation by the light of a scented candle: here how it can change your day!